What is WORLDS AT WAR (Monitors & VR)?

A fun, addicting & high-adrenaline dog-fighting 'sim-lite' horde-mode game. Worlds At War thrusts the player into the aftermath of an alien invasion. A multi-national ragtag group of surviving fighter pilots and crew man a small carrier-group, roaming the oceans, trying to survive against all odds. 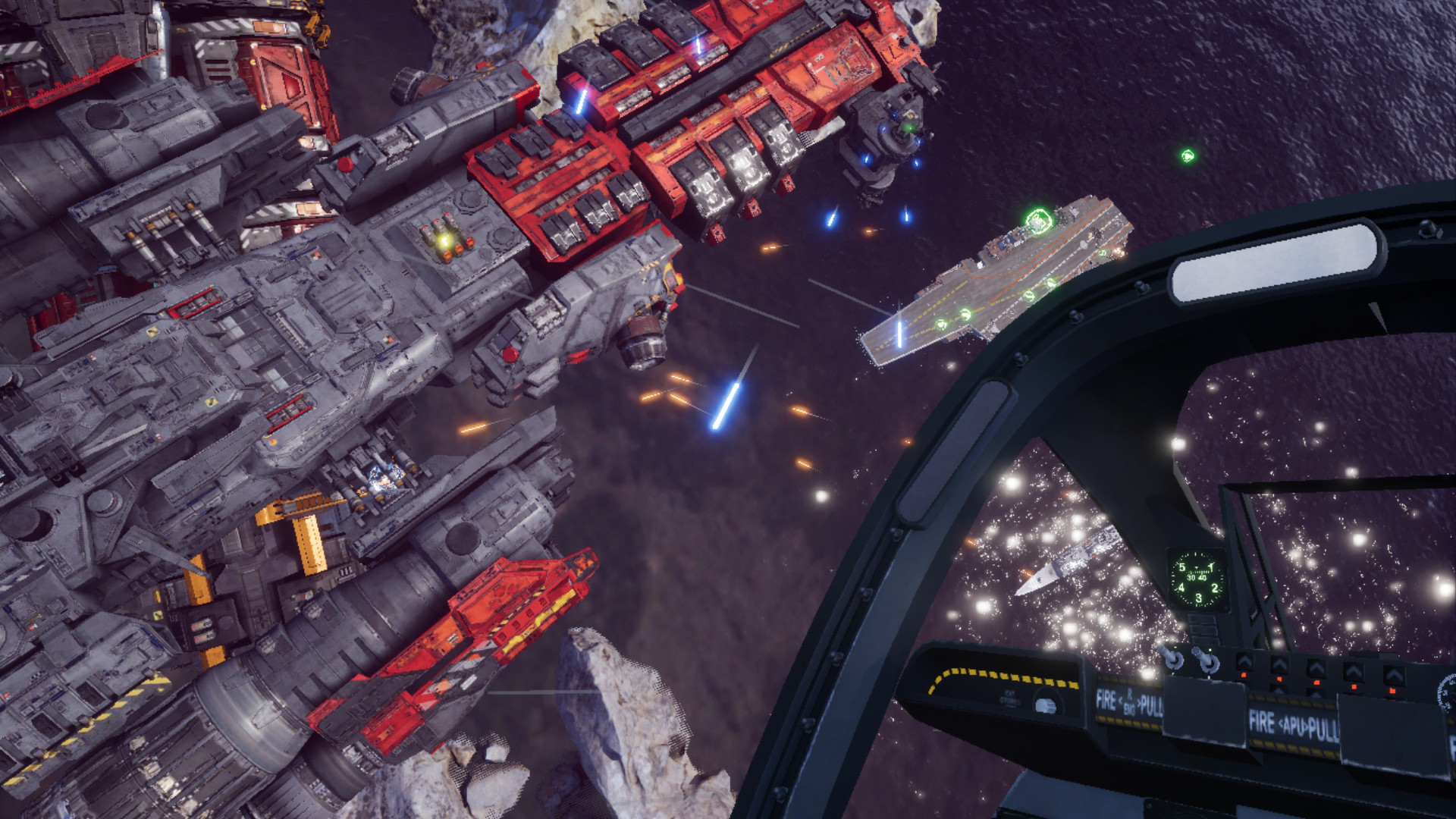