A fast paced shoot-em-up featuring modern military aircraft. Choose one of the eight fighter aircraft and take the battle to the skies throughout nine action-packed stages each with their own end-level special boss. 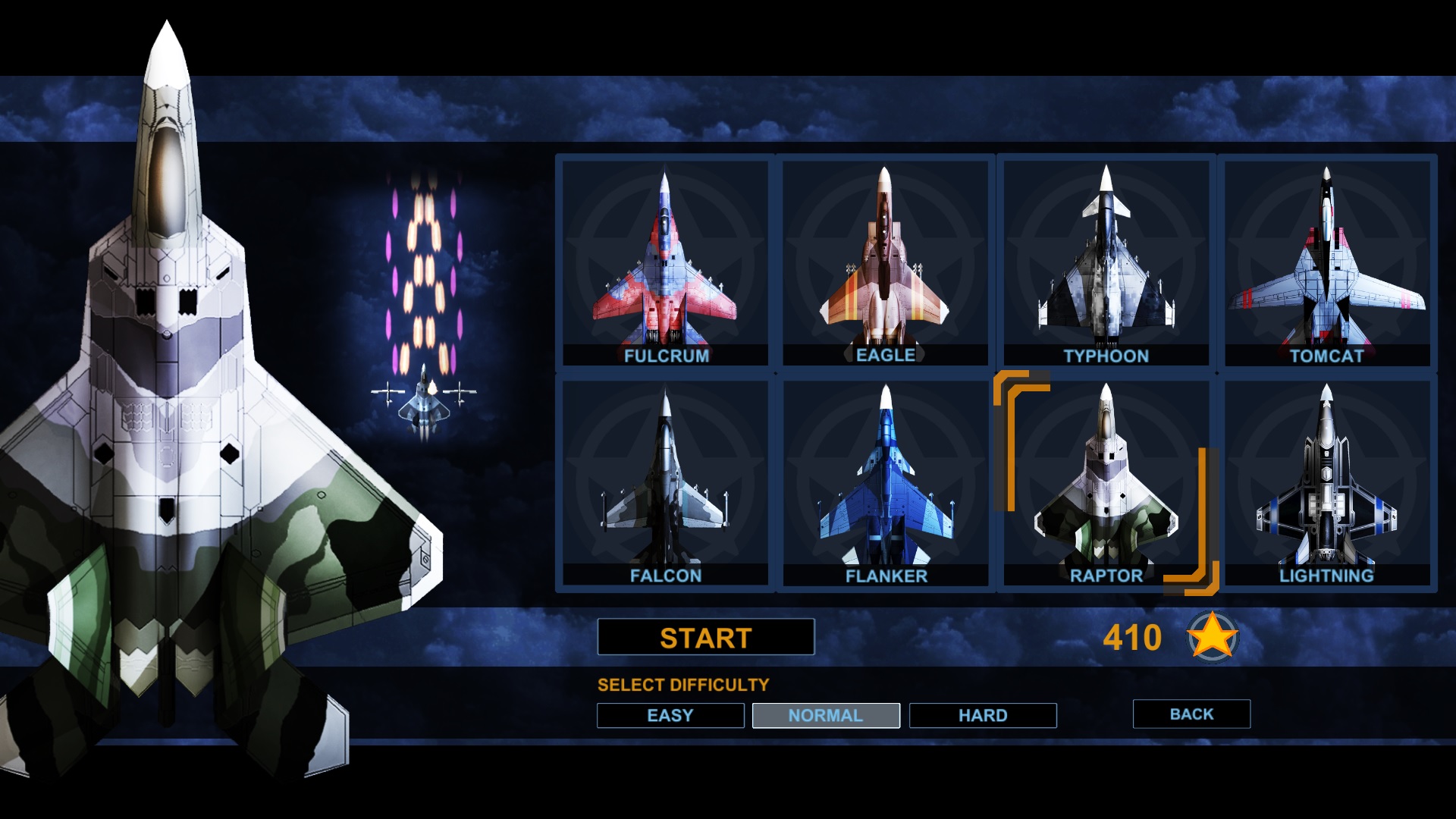 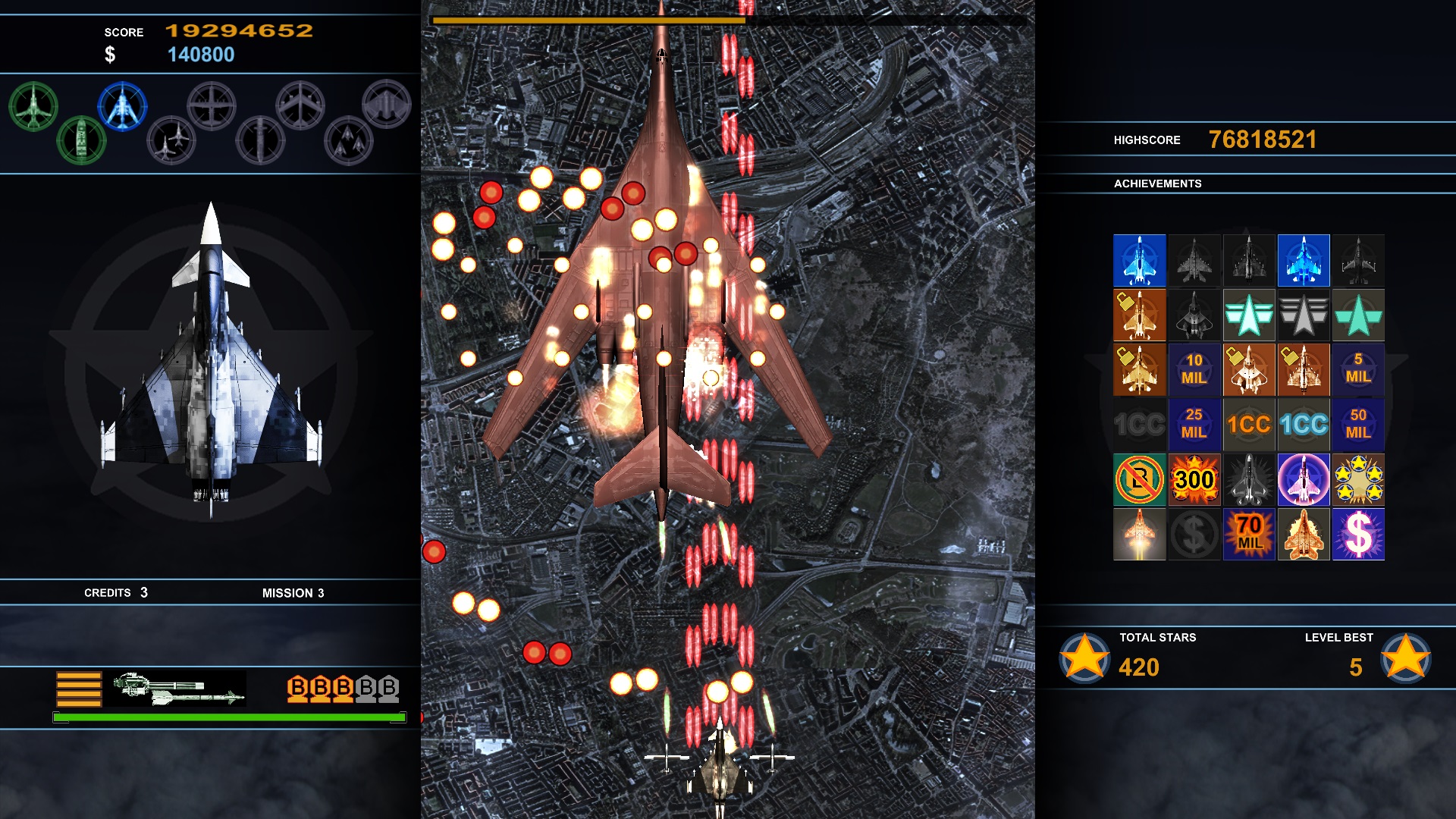 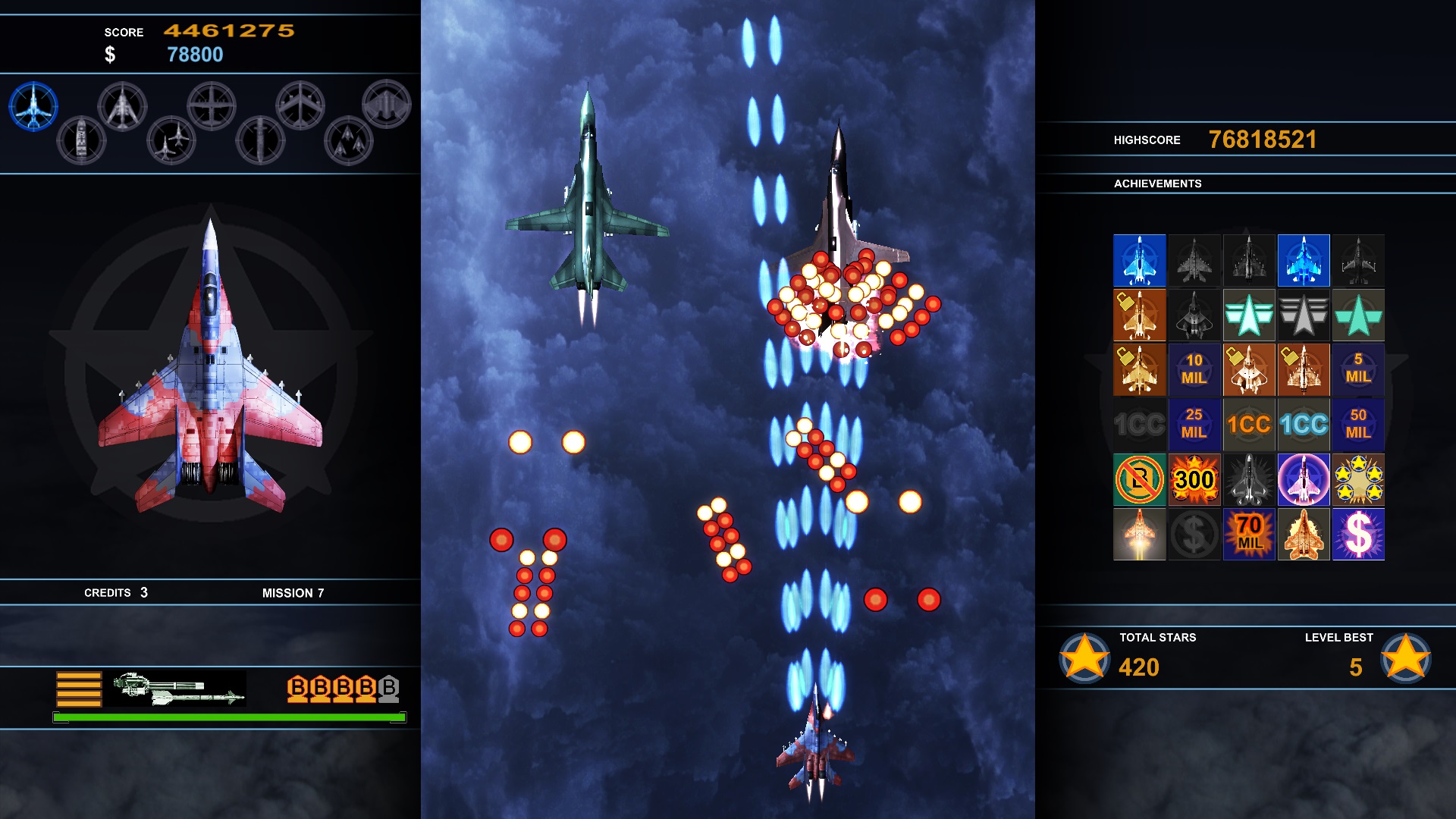 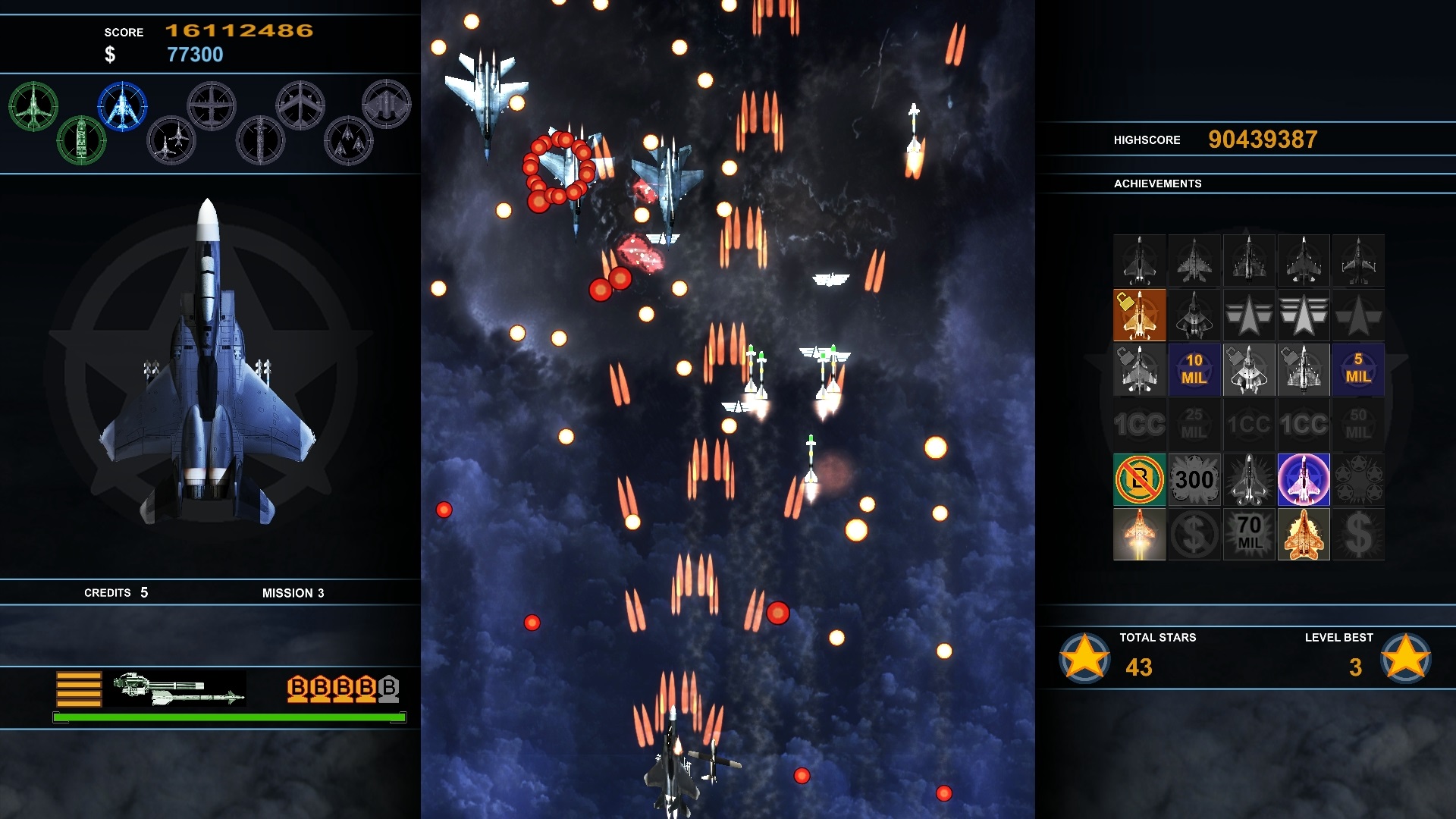 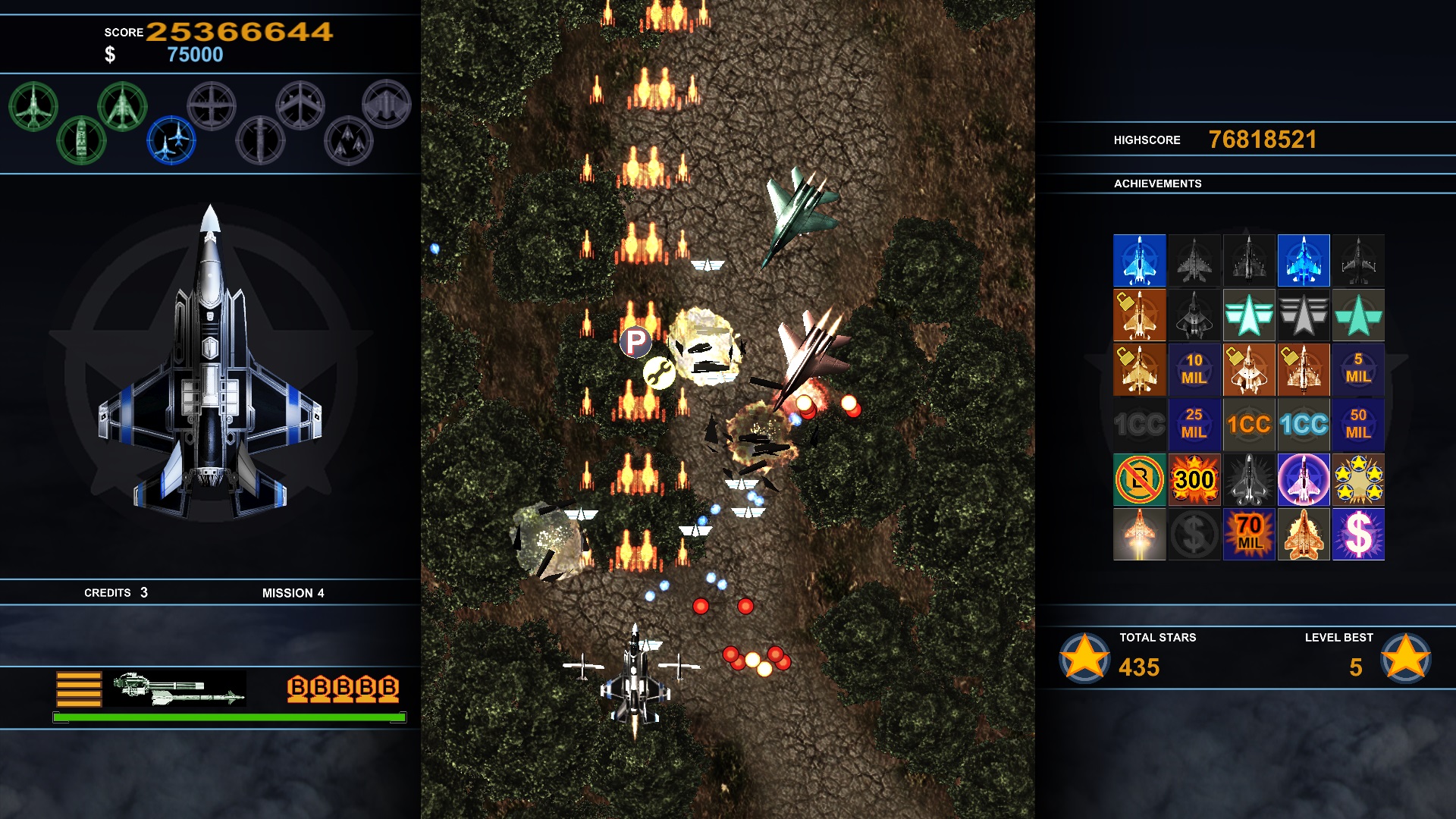 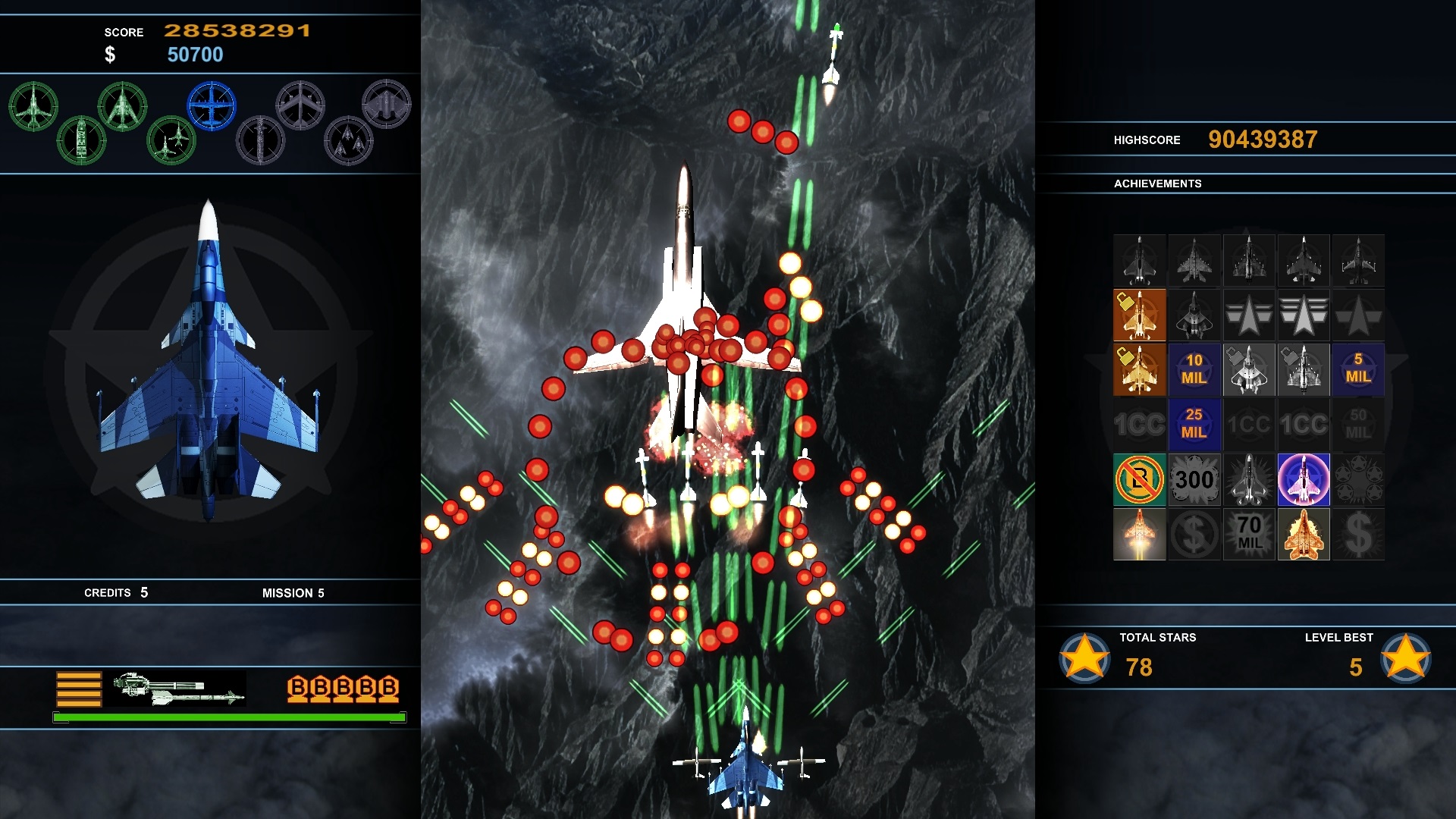 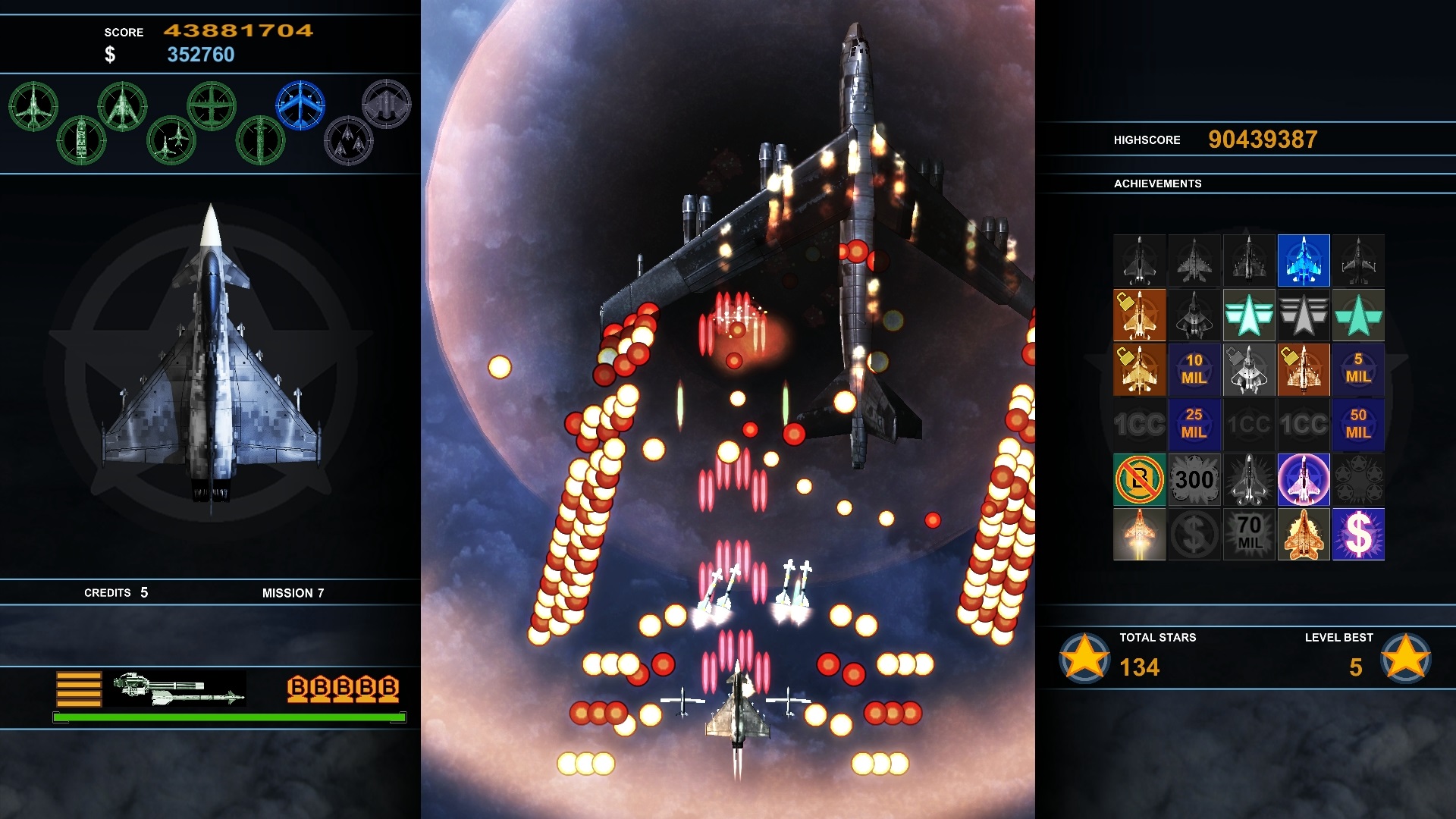 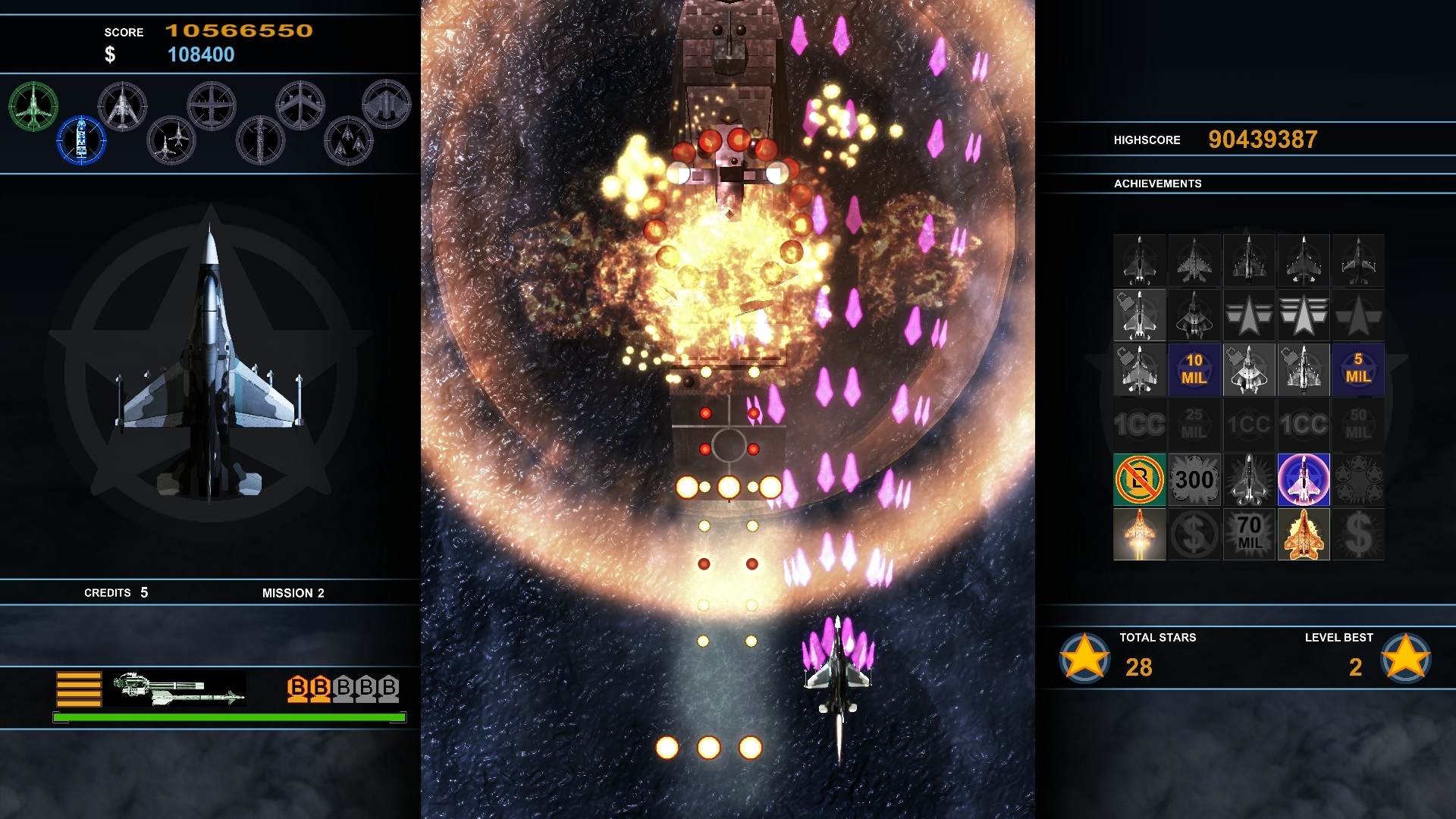 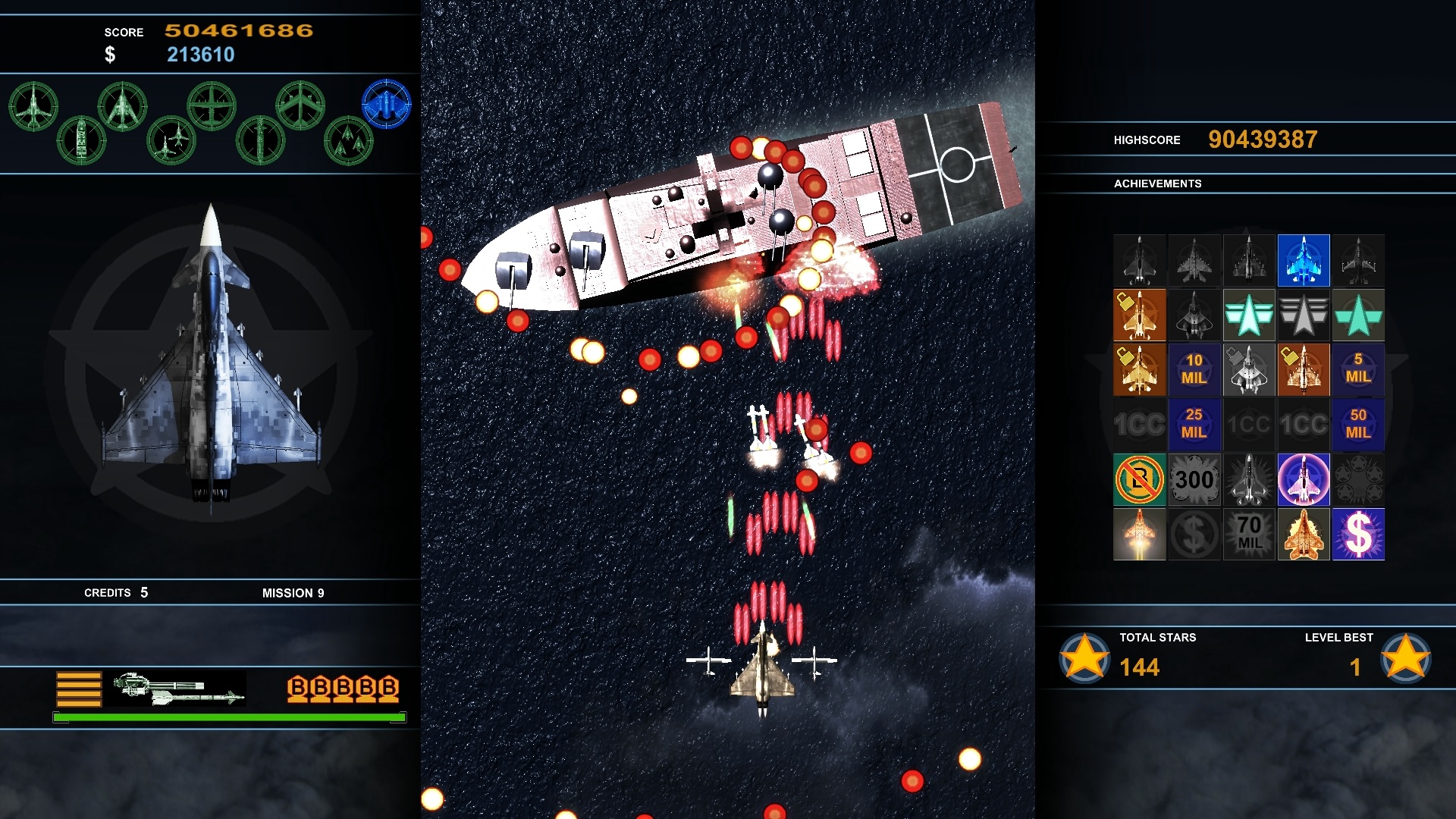 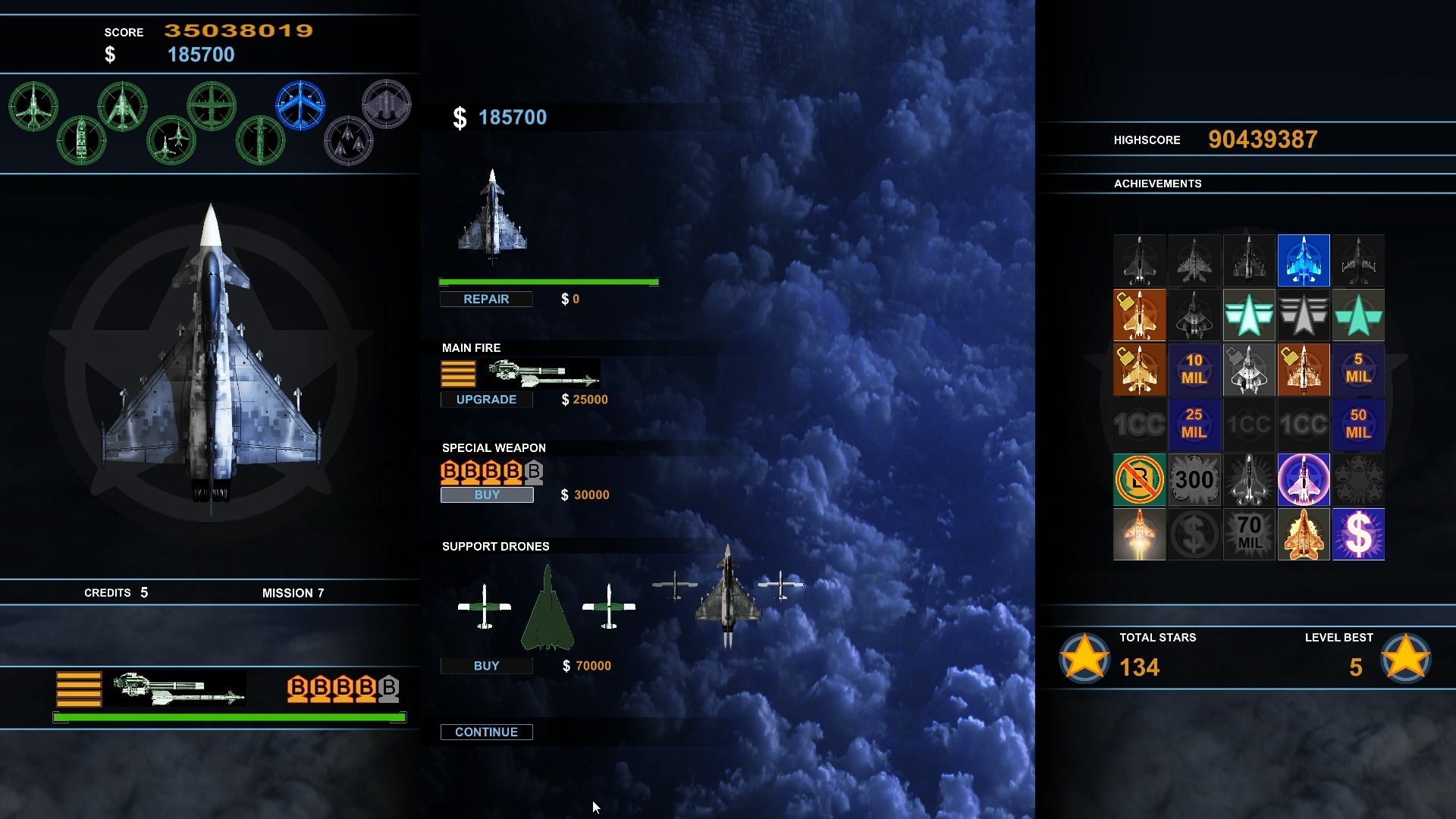 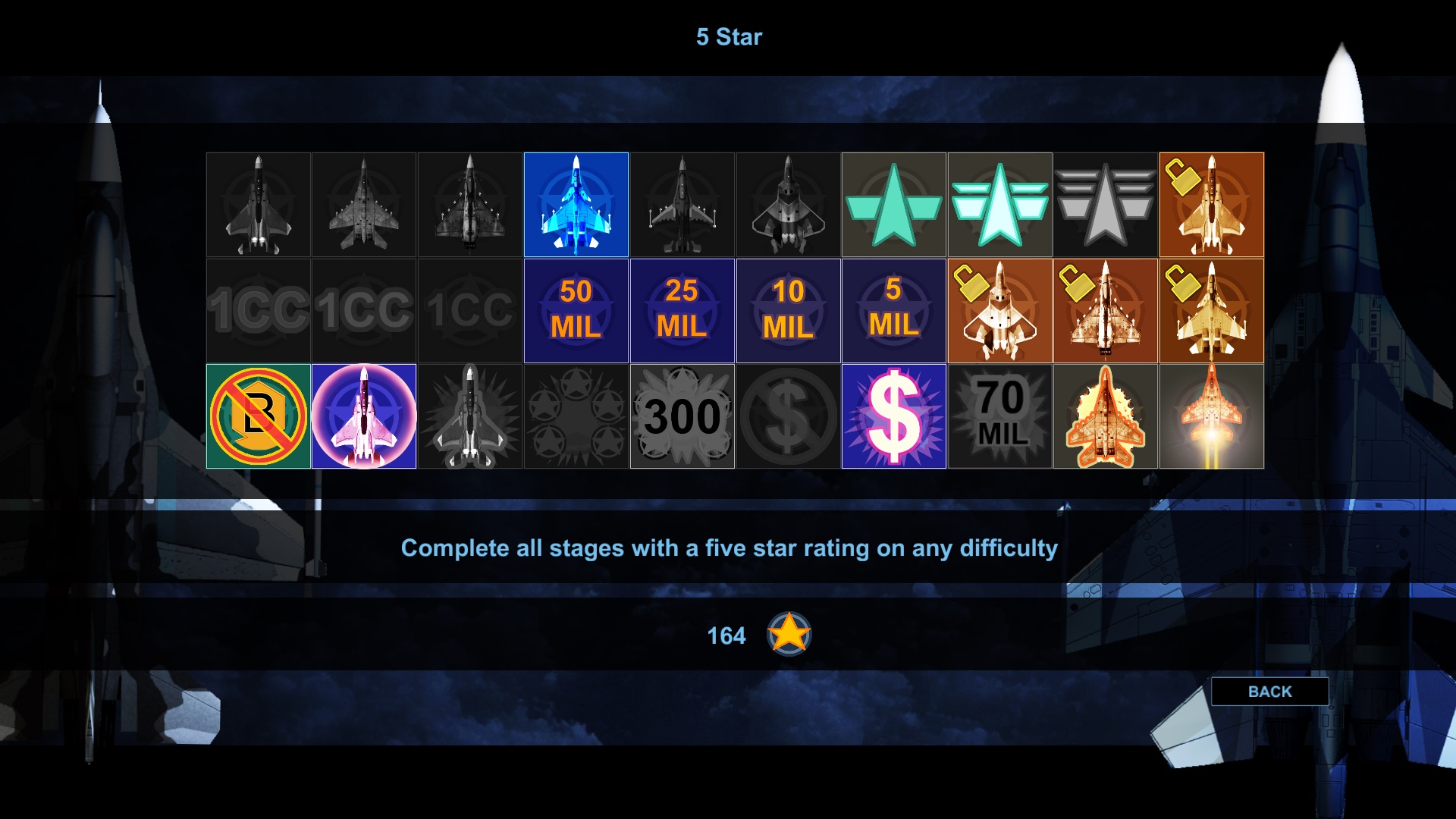