Nandeyanen!? – The 1st Sûtra is a horizontal 2D shoot’em up that introduces gameplay mechanics such as bullet counter and blast pods. The player takes the role of Tenguman, a long-nosed goblin who wakes up after a thousand year sleep to see the world overrun by an army of mythical pranksters. 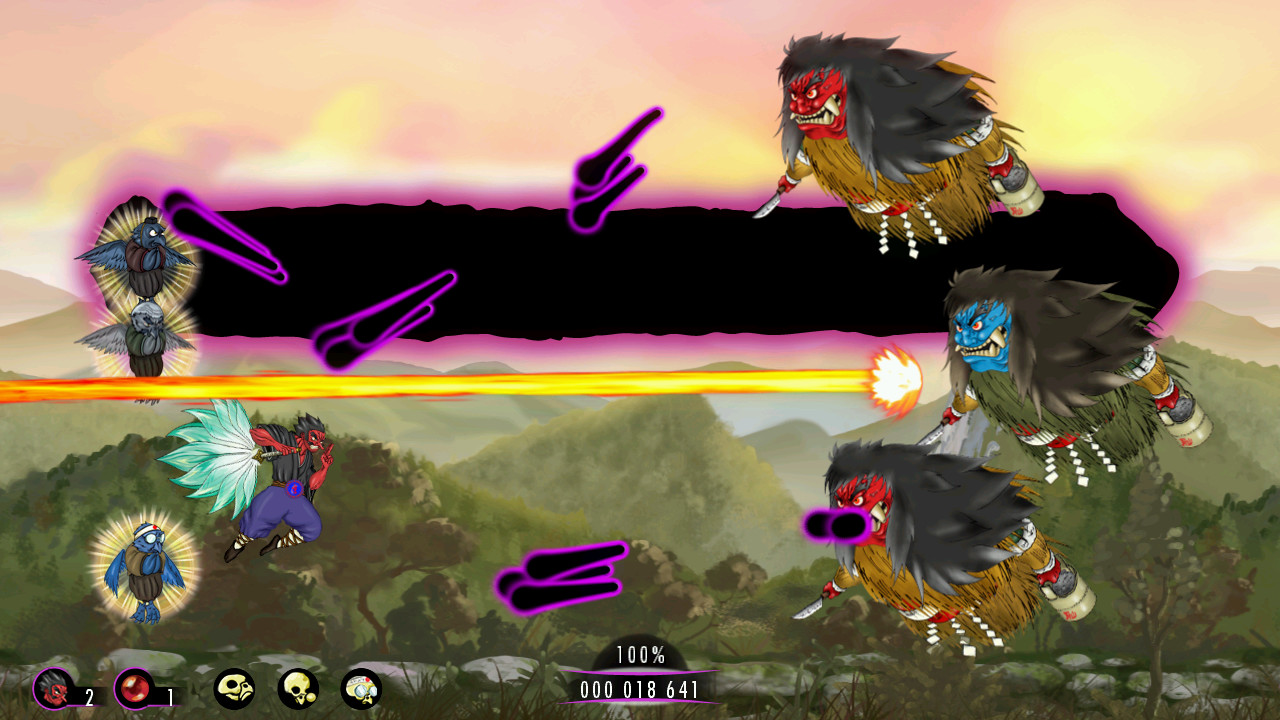 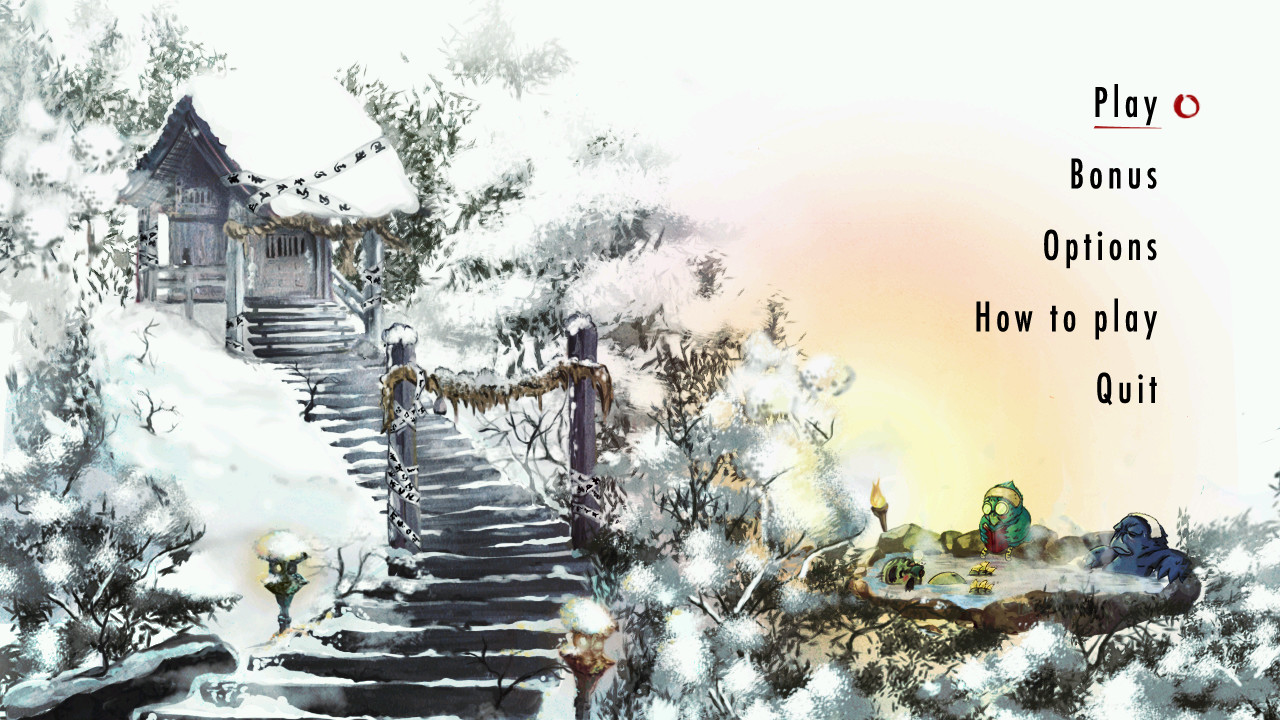 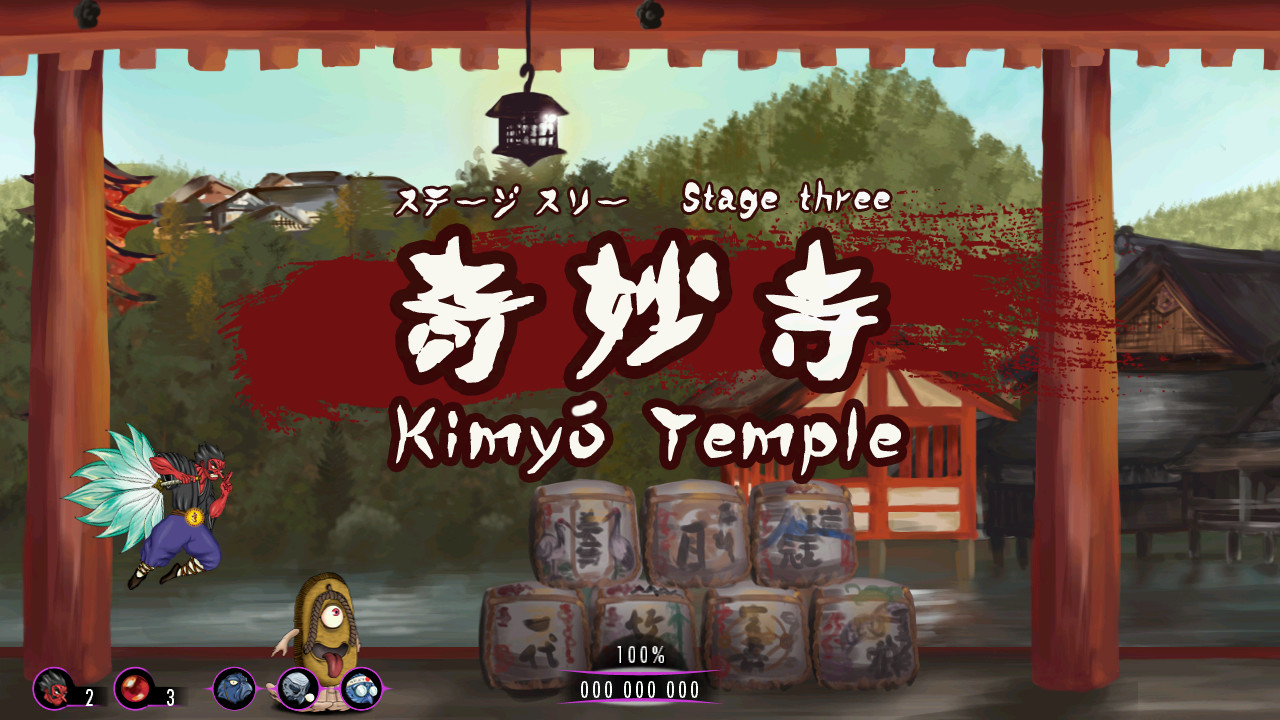 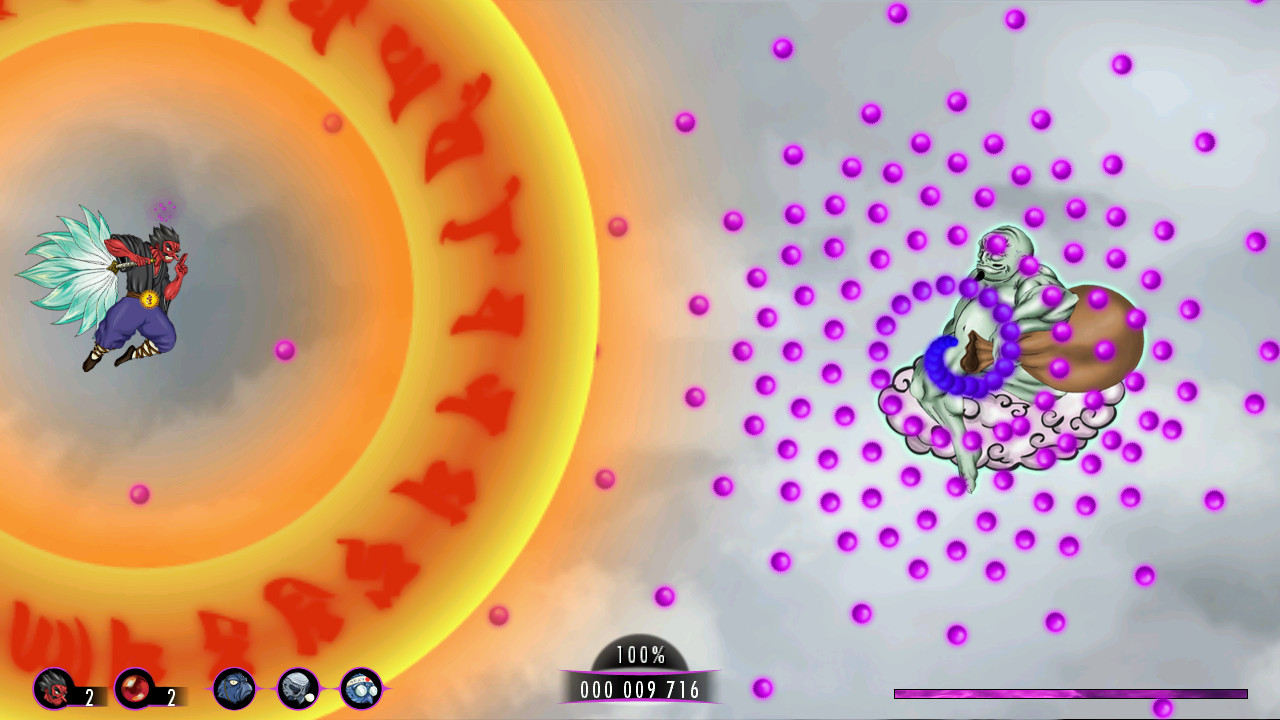 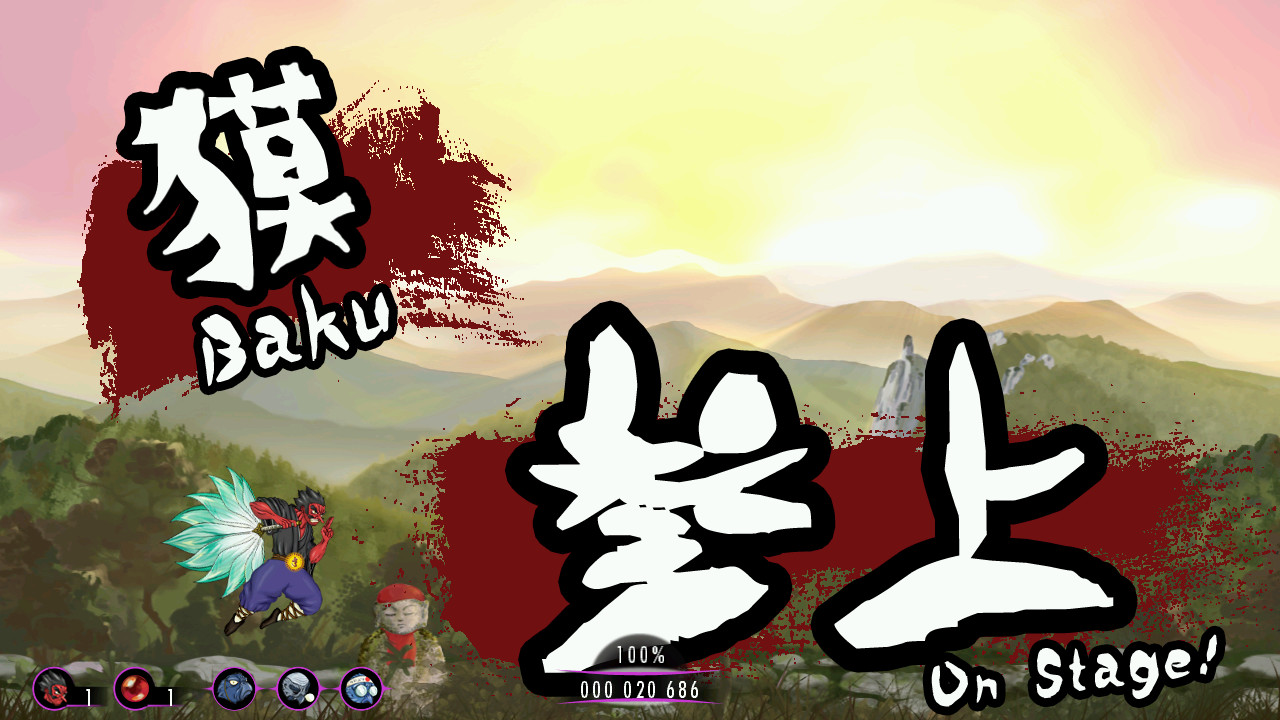